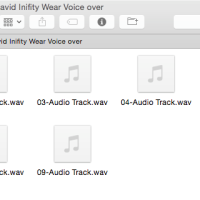 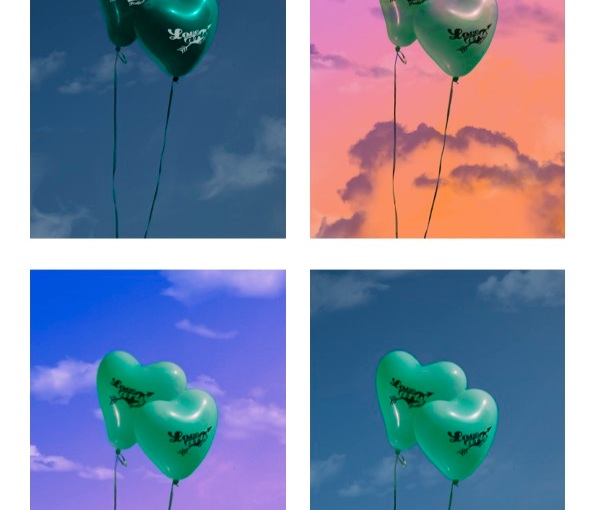 For one of my Live projects last year I took part in the Love Arts Leeds festival programme cover design competition. My design did not get chosen for the Leeds festival, however I was contacted by Tom Bailey, of Arts & Mind, wondering if it would be possible to change the colour scheme of my image to be used as the Love Arts York festival. I blogged about our initial exchanges for the development of the brief here. I stated there that I would play around with the ideas and colours to see what could be done – which I did.

This was relatively easy due the original being a synthesised photoshop file, made of my balloon images, adjustment layers and cloud brush layers. I developed the .psd further with colour and gradient adjustment layers following the Love Arts York logo colour scheme of a dark turquoise and indigo as the basis of my colour palette. After some experimentation I selected a couple to send over to Tom for his opinions.

The image used in the end was the second one, the brochure can be found online here.

The cropping works well, but this was something I didn’t want to do as I had no input into the final layout, what text and logos were needed etc. I am really please with the way it has turned out and so glad that they chose this colour way as it was my favourite – I sent a selection as this was something Graham and I had discussed for when dealing with clients, in that sometimes you have to do what they want even if you don’t think the idea is good and then you slip in something that you think works, he said that more often than not for him they had ended up picking the one he thought would be better. In this case I did not have much to go on in terms of the brief so putting in a selection of images made the one I thought worked best stand out, rather than just showing that one on its own at first and being told it wasn’t what they wanted. This seemed like a good opportunity to use and practice this process even if it was necessary in this setting.